Museum of the Moving Image recently did a retrospective of director David O. Russell’s work to celebrate the release of his fifth film The Fighter, for which he’s nominated for an Academy Award. To kick off the celebration, Russell did a live discussion with friend and sometime collaborator Spike Jonze. Russell offhandedly mentioned The Royal Tenenbaums and was prodded by Jonze to talk about the film, which as you’ll hear Russell is quite fond of. As the clip begins, Russell is talking about showing his first film Spanking The Monkey to his son.

It’s an interesting hour-long talk if you’re a fan of Russell’s work. You can listen to and download the full recording at the Moving Image Source and read a report on the event, including an explanation for an interruption midway through, at The Playlist. 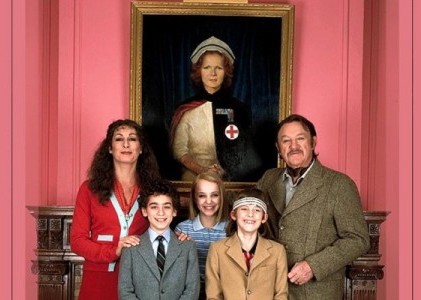 The Substance of Style, Part 4 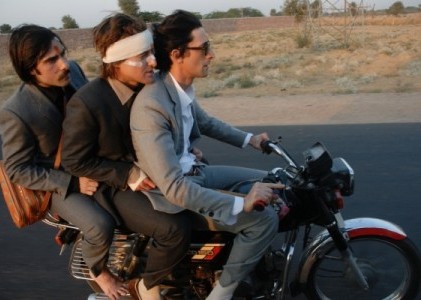 The next installment of Matt Zoller Seitz’s video essay at the Museum of the Moving Image has been posted. This one focuses on director Hal Ashby (Harold and Maude, Being There). Seitz concludes:

There’s nothing inherently wrong with Anderson’s selective adoration. But when you look at the totality of what Ashby accomplished—the social and political dimensions that all his films explored, the blunt honesty of their expression—Anderson’s work can’t help but come up short, just as the work of Anderson’s imitators is overshadowed by the genuine article.

Tell Matt Seitz he just made my list of things to do today. In all seriousness, I guess I can see Seitz’s point, but you can only conclude “Anderson’s work can’t help but come up short” when you demand of Anderson’s work the things it is quite pointedly refusing to do.

Matt Zoller Seitz has created a five-part video essay, Wes Anderson: The Substance of Style, over at the Museum of the Moving Image website. Part I, “Introduction,” is now available for viewing (sorry that no embedded video is available).

With just five features in 13 years, Wes Anderson has established himself as the most influential American filmmaker of the post-Baby Boom generation. Supremely confident in his knowledge of film history and technique, he’s a classic example of the sort of filmmaker that the Cahiers du cinéma critics labeled an auteur—an artist who imprints his personality and preoccupations on each work so strongly that, whatever the contributions of his collaborators, he deserves to be considered the primary author of the film. This series examines some of Anderson’s many cinematic influences and his attempt to meld them into a striking, uniquely personal sensibility…

This series will take the process a step further, juxtaposing Anderson’s cultural influences against his films onscreen, the better to show how he integrates a staggeringly diverse array of source material into a recognizable, and widely imitated, whole. It will examine some, but certainly not all, of Anderson’s evident inspirations. Along the way, it may incidentally illuminate why Anderson-esque movies—from Garden State to Son of Rambow—can seem, no matter what their virtues or pleasures, a weak substitute for the real thing. (link for more)

You may remember Matt’s A Little Love: The Art of Bill Melendez (posted after the break). Discuss this video essay over at the Yankee Racers forum. Thanks to Racer Loraxaeon for the lead!