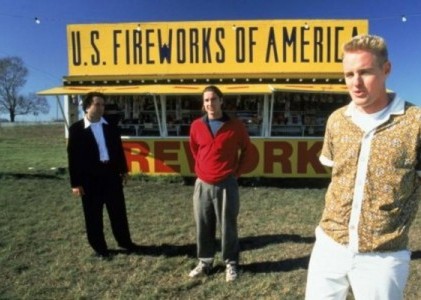 Another video essay from Matt Zoller Seitz at the Museum of the Moving Image. This time, Martin Scorsese, Richard Lester, and Mike Nichols.

Here is Part I, “Introduction.”

Matt Zoller Seitz has created a five-part video essay, Wes Anderson: The Substance of Style, over at the Museum of the Moving Image website. Part I, “Introduction,” is now available for viewing (sorry that no embedded video is available).

With just five features in 13 years, Wes Anderson has established himself as the most influential American filmmaker of the post-Baby Boom generation. Supremely confident in his knowledge of film history and technique, he’s a classic example of the sort of filmmaker that the Cahiers du cinéma critics labeled an auteur—an artist who imprints his personality and preoccupations on each work so strongly that, whatever the contributions of his collaborators, he deserves to be considered the primary author of the film. This series examines some of Anderson’s many cinematic influences and his attempt to meld them into a striking, uniquely personal sensibility…

This series will take the process a step further, juxtaposing Anderson’s cultural influences against his films onscreen, the better to show how he integrates a staggeringly diverse array of source material into a recognizable, and widely imitated, whole. It will examine some, but certainly not all, of Anderson’s evident inspirations. Along the way, it may incidentally illuminate why Anderson-esque movies—from Garden State to Son of Rambow—can seem, no matter what their virtues or pleasures, a weak substitute for the real thing. (link for more)

You may remember Matt’s A Little Love: The Art of Bill Melendez (posted after the break). Discuss this video essay over at the Yankee Racers forum. Thanks to Racer Loraxaeon for the lead!