From the New York Times:

Paul Newman, one of the last of the great 20th-century movie stars, died Friday at his home in Westport, Conn. He was 83.

The cause was cancer, said Jeff Sanderson of Chasen & Company, Mr. Newman’s publicist.

If Marlon Brando and James Dean defined the defiant American male as a sullen rebel, Paul Newman recreated him as a likable renegade, a strikingly handsome figure of animal high spirits and blue-eyed candor whose magnetism was almost impossible to resist, whether the character was Hud, Cool Hand Luke or Butch Cassidy.

He acted in more than 65 movies over more than 50 years, drawing on a physical grace, unassuming intelligence and good humor that made it all seem effortless. Yet he was also an ambitious, intellectual actor and a passionate student of his craft, and he achieved what most of his peers find impossible: remaining a major star into craggy, charismatic old age. 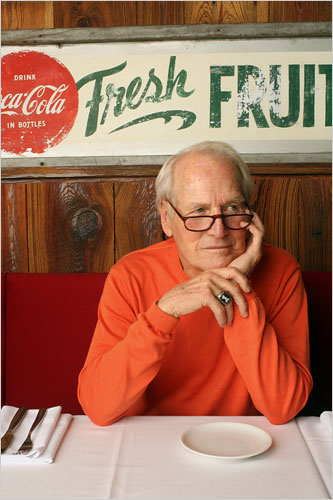