Style.com has put a little photo tour of frequent Wes collaborator Waris Ahluwalia‘s tearoom, which we mentioned before.

END_OF_DOCUMENT_TOKEN_TO_BE_REPLACED

Waris Ahluwalia, with co-editors Mortimer Singer and Tina Bhojwani, have put together a beautiful and interesting scrapbook called To India with Love: From New York to Mumbai.

Ask people who have been there, and they will all tell you India is like no other place in the world, a land that stirs every one of the five senses and stays in your heart forever. It is this India that brought together three friends, Waris Ahluwalia, Mortimer Singer and Tina Bhojwani to raise funds, spirits, and awareness for the victims of the attacks in Mumbai in November, 2008.  The editors set out to create a scrapbook collecting personal photos, stories, and memories from people who, like themselves, love India. The contributors include Wes Anderson, Adrien Brody, Francesco Clemente, Anthony Edwards, Jeanine Lobell, Natalie Portman, Yves Carcelle, Jean Touitou, Owen Wilson, Laura Wilson, Cynthia Rowley, James Ivory, Matthew Williamson, Rachel Roy, Tory Burch, Padma Lakshmi and Shobhaa De. This book declares to Mumbai and the whole country that we are all thinking of them and support them: hence To India, with Love: New York to Mumbai. Profits from the sales of the book will go to support families affected by the attacks. This book can truly make a difference, by opening eyes to the wonders of India and by once again letting the pen or a camera dominate the sword.

It is featured in the New York Times “The Moment” blog. 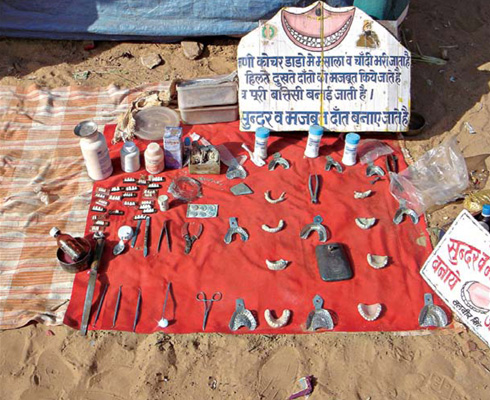 So back to those book reviews. First up is Derek Hill‘s “Charlie Kaufman and Hollywood’s Merry Band of Pranksters, Fabulists, and Dreamers: An Excursion into the American New Wave,” and Colm O’Shea notes that the filmmakers under consideration here, or at least the six warranting their own chapters, are Richard Linklater, David O Russell, Wes Anderson, Spike Jonze, Sofia Coppola and Michel Gondry…. It’s curious that Kaufman, despite being featured in the title, does not get a chapter to himself. Though the book was written before ‘Synecdoche, New York,’ Kaufman is after all presented as the driving force behind Jonze and Gondry’s best work to date, and the embodiment of the sensibility with which Hill is so enamoured…. Hill sets out his linking principle as a predominant thematic through-line of comic unease and alienation.”

If you haven’t read Derek’s book yet, you really should.

Waris Ahluwalia – best known for his roles in Wes Anderson movies and his House of Waris jewelry line – looked at us quizzically at Saturday’s Elise Overland presentation, as though trying to remember if he’d met us before. “I actively chose a while ago to go, I’m not going to remember anything,” he explained. “Sort of a meditative thing: I thought I would keep my head clear, and thoughts would flow in and out. And then I became an actor.” There are occupational hazards to this M.O., such as memorizing lines or awkward social encounters. “We were up in Hudson, on the street. This guy comes up: ‘Hey.’ I’m like, ‘Hey, nice to meet you.’ And, like, beginning of the summer we had spent a weekend at his house,” said Waris. But he has adopted a credo passed onto him by Simon Doonan: “Be unoffendable.” We decided to hold him to it.

Waris, a Sikh, keeps his hair tightly coiled under a turban. How long, we asked, were his locks? “I cannot believe you asked me that!” he said. “It’s down to the hips.” Nearby, a girl with her back to us had her hair up in a bun. “It’s sort of like that,” he said, cupping his hand around it. She spun around, looking slightly bewildered. Waris didn’t flinch: “Unoffendable!” He’s removed the turban in movies like The Life Aquatic and Inside Man, but never for a photo shoot. So which fashion magazines would he take it off for? “Purple. And I’d do it for L’Uomo Vogue. I believe in art, and I believe in ideas and concepts,” he said. So, no Men’s Vogue? “No.” What about Harper’s Bazaar? Waris pointed to his turban. “They get this.” Waris is currently playing a hypochondriac in a film he hopes is Sundance-bound. Does he draw on his own neuroses for the role? No, he said, sounding a bit disappointed. “I wish I had some kind of weird tendencies. I try to.”

Perhaps the most respected male fashion bloggeur, Scott Schuman (aka The Sartorialist), has stopped Frequent [Wes] Collaborator, and dedicated turban wearer,Waris Ahluwalia for a photo in New York — Fifth Ave., to be precise. In addition to his website, Schuman also has his own page in GQ every month. That’s some fashion clout.

It’s not the first time Waris has been on a fashion blog. He was on Facehunter in 2007, repping fashion designer, Benjamin Cho.

(working on the URL… some technical difficulties)

Waris is in a new film.

Rosencrantz and Guildenstern Are Undead.

Sean Lennon is set to participate in the forthcoming film Rosencrantz & Guildenstern Are Undead, Billboard.com reports. According to director and writer Jordan Galland, the film is “a vampire comedy involving Shakespeare and the Holy Grail, starring Jake Hoffman [who also has a rather famous father], Devon Aoki, Johnny Ventimiglia, Kris Lemche, Ralph Macchio and Jeremy Sisto, with a cameo from Bijou Phillips.” The indie flick (about an off-Broadway production involving not-so-deceased scriptwriters, no less) will feature music scored by John Lennon and Yoko Ono’s talented kid (Paste).

Yes, another semi-fashion related post with Waris Ahluwalia. Waris is really proving to be one of Team Wes’s most prolific members. Is there nothing this man can’t do with Style? We’re going to have to coin a new term around here: Warilicious (too much? Suggestions?) Waris is still hard at work in the Jewelry and fashion business and teaches us to always say “yes”. In this Dejour Magazine interview he also mentions his upcoming film work (“Rosencrantz and Guildenstern are Undead” – a Zombie movie, among others), talks about his girlfriend’s film, being Sikh and much more.

It’s just a funny thing. Half my year is spent sitting on the floor working with my craftsmen working on the jewelry, and then the next day I’m off to Tokyo for the Jalouse party for the cover of Jalouse, and then I land here and literally land into fashion week so it’s defiantly a funny mix of worlds.