All aboard! AP writer Ryan Pearson rode along with Wes, Jason, and Roman on another train ride… this time in California.

The Darjeeling Limited goes national, with Hotel Chevalier, this weekend!

And Hotel Chevalier is one of the many mysteries in The Darjeeling Limited, according to USA TODAY.

Close but not quite, Anderson says. Jack is actually named for Schwartzman’s father, not Nicholson. “We named the (Wilson) character after Roman’s father, and Peter … well, I’d like to give that to Peter Bogdanovich because he’s my friend.” 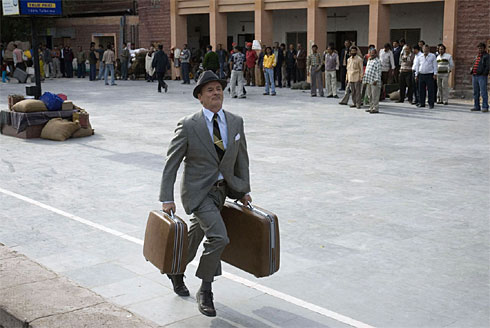 One Reply to “Wes, Jason, and Roman on another train”